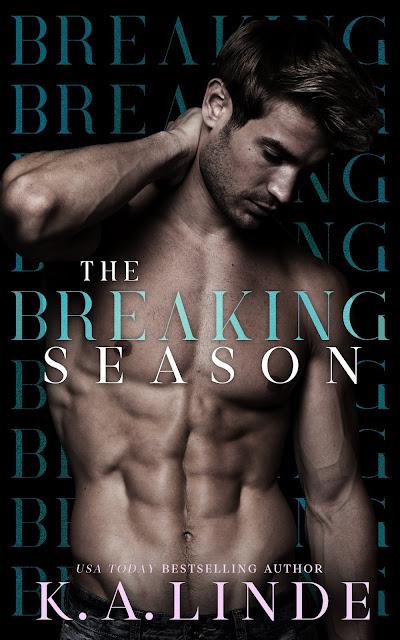 I signed on the dotted line. A marriage contract to seal my union with the devil.

I thought I knew what I was doing. His money and name were mine for the taking. But Camden Percy always gets exactly what he wants. And what he wants is me—my body, my obedience, my surrender.

He wants to break me.

Except I promised him one more thing—a baby. A Percy heir.

There’s no way out of this one. Either I comply or lose everything. Do I risk the husband I’m just learning to love or is this my breaking season? 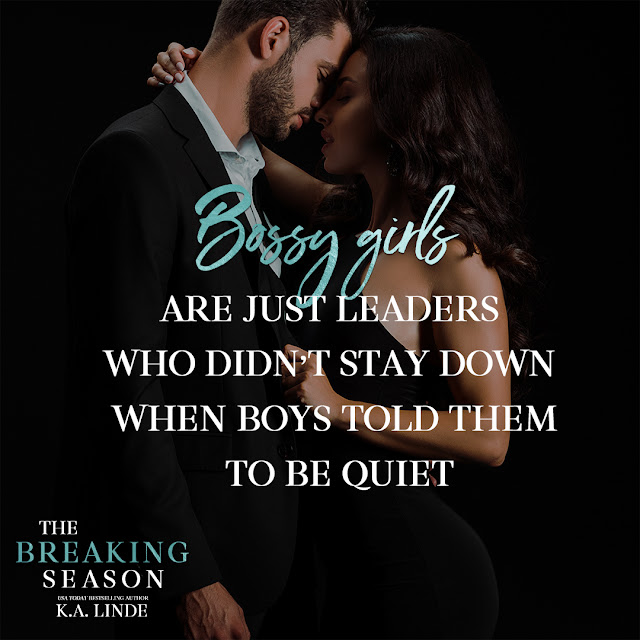 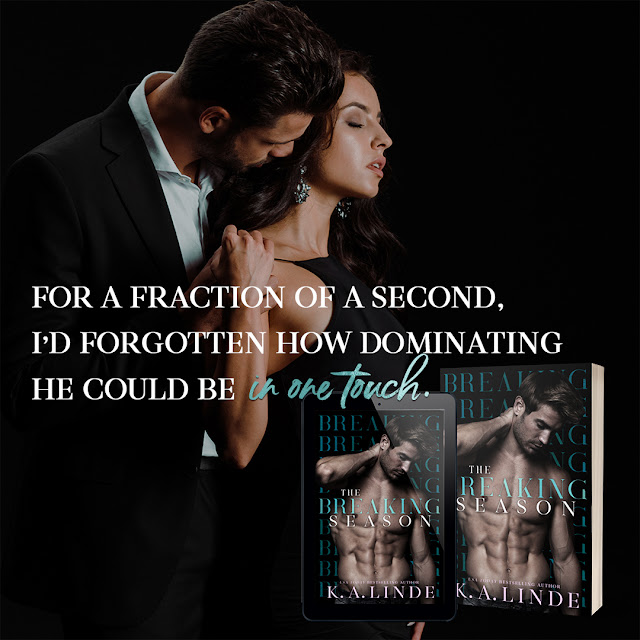 The Breaking Season by K.A. Linde
My rating: 5 of 5 stars

The Breaking Season by K.A. Linde is the third full-length book in her Seasons series. This is the story of Katherine and Camden and their arranged marriage and all the layers of their personalities, background, relationship and more. My first venture into books by this author was with this series so I was unfamiliar with the fact that some of these characters are introduced in previous series and are shown under a different light. That being said, I was desperate for this story from everything I read in the previous Seasons stories.

The arranged marriage has already happened and these two have already had their falling out. They are both so stubborn that neither will give an inch nor will they let the other one know what they expect from them. It is a tragic recipe for disaster that just keeps repeating until itself until they finally call a truce on vacation with their friends. But even then, their past gets in the way of everything they were feeling.

As Camden and Katherine work through their own issues separately and eventually together they have a lot of suppressed emotion and trauma to deal with. Allowing the other to be there for them is the key component in making things better but it's a hard journey for them. Loved it! Enjoy!

K.A. Linde is the USA Today bestselling author of the Avoiding Series, Wrights, and more than thirty other novels. She has a Masters degree in political science from the University of Georgia, was the head campaign worker for the 2012 presidential campaign at the University of North Carolina at Chapel Hill, and served as the head coach of the Duke University dance team. She loves reading fantasy novels, binge-watching Supernatural, traveling, and dancing in her spare time.

She currently lives in Lubbock, Texas, with her husband and two super-adorable puppies.

Join her newsletter for exclusive content, free books, and giveaways every month.