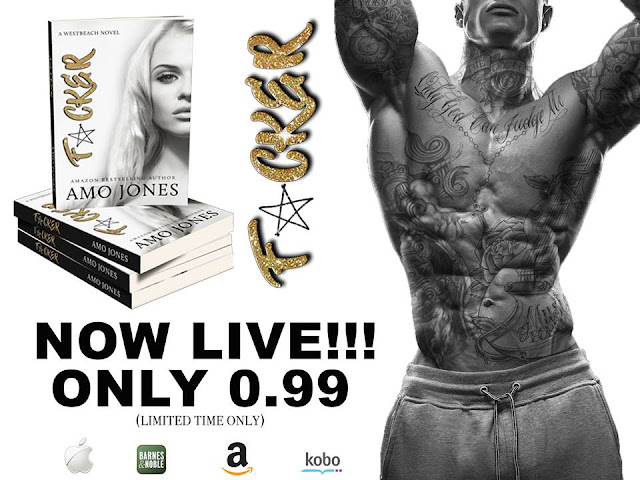 Ryker Oakley only cared about three things during school —fighting, his band, and getting laid. When he took it upon himself to ‘babysit’ Bryleigh Munroe, he didn’t expect her to be so much trouble, and he sure as shit wasn’t prepared for how fast she would grow on him. Fast-forward to eight years later, his band—Twisted Transistor—is the most successful rock group known to mankind. When his brother’s wedding brings the only girl he ever came close to caring about, back into his life, he discovers something he thought they had left behind in the past, had been destroying her daily.

Bryleigh Munroe was a popular girl at school, but because her father was a politically powerful man in the San Diego region, the boys either swore away from her or were trying too hard to get with her. She wanted one night. Quick and dirty. No strings. Only she didn’t expect Ryker Oakley to flip the script on her without her even realizing. Eight years later, Bryleigh still battles with the mistakes she made when she was younger. She’s had to deal with things that she shouldn’t have had to, all on her own.

After all this time has their bond remained silent? Can she forgive the torment Ryker inflicted on her? Or will the choices they made all those years ago force them to re-unite.

This is book two in the Westbeach series, but can be read as a stand-alone.

Add it to your TBR lists on Goodreads

F*CKER by Amo Jones is the second book in her new Westbeach series. Here we are, back with the band we all met and fell for in Losing Traction but we are with the other Oakley twin now, Ryker. Everyone else still shows up and has a large part throughout the story but, oh my, Ryker and Bryleigh. MAN! Phew! This was emotionally exhausting and totally and completely worth every moment of the ups and downs.

I had mixed feelings about Ryker in the first book. I liked that him and Phoebe got along so great and that there wasn't even really a worry at all that he would try and get in between his twin, Ryder, and the woman they both love. Ryder as a man loves a woman, and Ryker, as the sister that he never had and now feels more complete for having in his life.

This book put ALL that to rest. He is awesome. Cocky, aggravating, overly self-assured, but amazing. The only thing better than Ryker is Bry. She puts him in his place time and time again. Even when he's in control she pushes back. It is remarkable. So when everything falls apart it is quite shocking how far they drift from each other.

Told in dual pov with the timeline going back and forth from past to present, the story builds and builds until everything finally becomes clear. The twist to this that has the second-chance romance spin on it has made this, perhaps, my favorite story so far.

I absolutely cannot wait to see what and who is next in this series.

Amo is a full-time writer from New Zealand who loves long romantic walks to the wine cellar.

When she's not creating magic, you can usually find her relaxing in front of the television watching the latest episode of Supernatural or Vikings. (This will be updated as she finds new television shows with hot actors.)

She's the wife-to-be to the love of her life. She says wife-to-be because she scares him a little, and he still hasn't decided whether he wants to wed her or not. Such an exciting relationship. 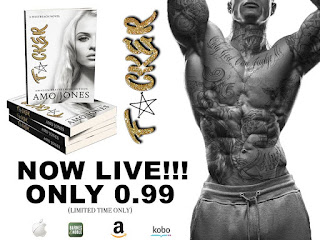