Being labelled a player never stopped me from being successful with women. Until I met Truly Harbury.

Truly was the first girl who ever turned me down.

The first female friend I ever had.

And she might just be the first woman I ever fall in love with.

When an emergency means she needs my help running her family’s charity, I’m happy to introduce her to the glitz and glamour of the London business world—taking her to dinners, coaching her through speeches, zipping up the sexy evening gown I helped her pick out.

The more time we spend together, the more I want to convince her I’m not a man to avoid, that we’re not as unsuited as she believes.

She sees herself as the book-reading, science-loving introvert while I’m the dangerous, outgoing, charmer.

She thinks I love parties and people whereas she prefers pajamas and a takeaway.

What she doesn’t realize is that I like everything about her–the way her smile lights up a room, how her curves light up my imagination, and especially the way her lips taste when coated with tequila.

She’s the first woman I ever fell in love with. I just need to know if she could ever love me too.

I held out his glass, and he took it with one hand, loosening his tie with the other. I pulled my eyes away from his long fingers and the way he always seemed so confident everywhere he went.

“How was your day?” he asked as he sat on the other end of the sofa, one long arm stretched across the back of the cushions, almost touching me like he’d done the night we’d kissed at the tequila bar.

He chuckled. “What’s going on, Truly? Do you have bad news you need me to help you deliver to Abigail? An issue with the foundation?”

“Not exactly,” I replied, tipping back some more wine. “Not at all, in fact.” I had to tell him what I was thinking, but it seemed so stupid now that he was here, all perfect and gorgeous. Why on earth would he want me?

“I just thought we could have some wine and talk. You know.”

His smile faltered. “Okay.” He took a sip of wine. “You said you had a proposition.”

“Yeah, but I’m not drunk enough yet,” I replied. I wasn’t sure I would ever be drunk enough. “And neither are you.”

“I have to be drunk to hear whatever you have to say?” He glanced around my book-lined room. “Are you going to tell me you’re MI6 and that you want to recruit me? Because I’m in. I always thought I’d enjoy a life as a spy. It just doesn’t pay enough. But I could do it part-time.”

I fixed him with a glare. “I’m not trying to recruit you into MI6, Noah.” I rolled my eyes. Men. Why did they always think they were a step away from being the next James freaking Bond?

He grinned. “Yeah, I didn’t think so. You’d make a terrible spy.”

I leaned back into the sofa. “There’s no way I could do that job.”

“For one thing, they look for people who don’t stand out—you’re way too beautiful for people not to notice you.” He twisted my hair in his fingers, and I closed my eyes, forgetting for a few seconds how that wasn’t normal behavior between us.

My eyes flew open. “That’s a perfect example.” I shifted to look at him properly. “Things like that. The fingers. The telling me I’m beautiful. I need you out of my system. And Jesus God and a banana, I need some sex.”

He chuckled and grabbed the bottle, topping himself up. “I’m cutting you off until you tell me what this is all about,” he said.

“I just told you. I need to get laid, and you, with all your tequila kisses and unzipping dresses and that thing you do with my neck—you’re the man for the job.”

“The job?” he asked, his eyebrows retreating into his hairline. “The job of getting you laid?”

USA Today bestselling author, Louise Bay writes sexy, contemporary romance novels – the kind she likes to read. Her books include the novels Faithful (not currently on sale as undergoing maintenance!), Hopeful, The Empire State Series, The Royals Series, The Nights Series (both series of standalone books each following different characters) and the standalone Gentleman series.

Ruined by romantic mini-series of the eighties, Louise loves all things romantic. There’s not enough of it in real life so she disappears into the fictional worlds in books and films.

Louise loves the rain, The West Wing, London, days when she doesn’t have to wear make-up, being on her own, being with friends, elephants and champagne.

She loves to hear from readers so get in touch! 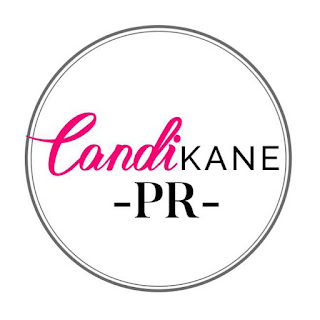