#ReleaseBlitz: Fight For Me by Corinne Michaels 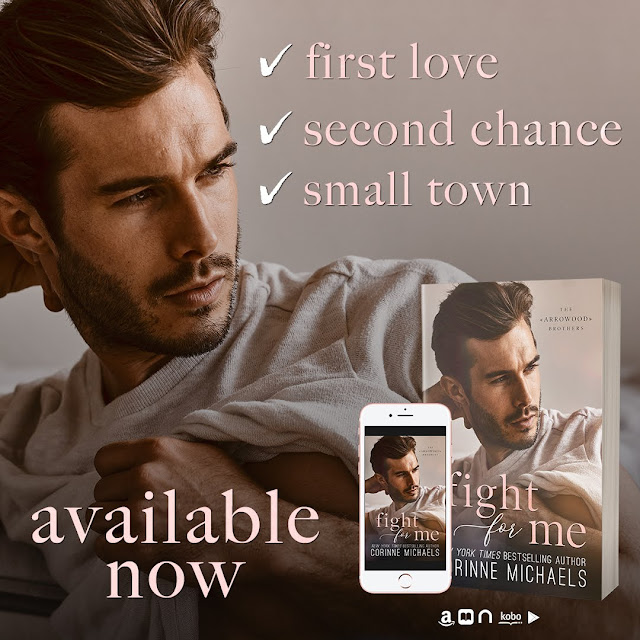 New York Times Bestselling author Corinne Michaels brings a new breathtaking and emotional love story to life in the second STANDALONE in the Arrowood Brothers series. Fight for Me is LIVE!

I fell in love with Sydney Hastings when I was ten years old.

At sixteen, we whispered promises of forever.

When I was twenty-two I broke them all. I left her and promised never to return.

After my father's death, I’m forced to go home to Sugarloaf for six months. She'll be everywhere, no longer just in my memories and regrets.

When we’re together, it’s as though time never stopped. She’s still the one I want, but I don’t deserve her. Instead of apologizing, I take that beautiful, broken woman in my arms. But after that, it’s her turn to leave me.

Now I have to fight. For her. For us. For the life we both want … 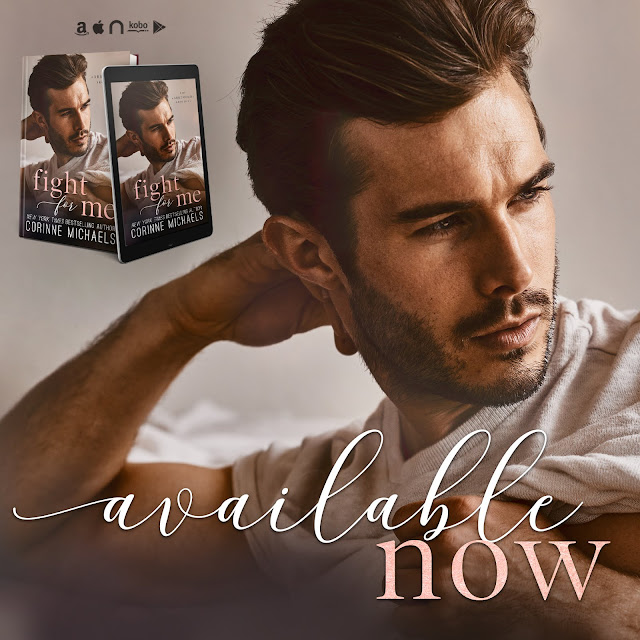 Fight for Me by Corinne Michaels
My rating: 5 of 5 stars

Fight for Me by Corinne Michaels is the second book in her Arrowood Brothers series. The long-awaited angst-ridden story of Declan and Sydney. Childhood best friends, high school sweethearts, destined to be together, forever until one fateful night changes everything for the Arrowood brothers. Declan breaks off his relationship with Sydney, denies loving her anymore and leaves Sugarloaf with plans to never return. But once again, their father, even in death, is making things difficult for his sons. When Declan's six month term is due for him to live at Sugarloaf for that length of time, as each of the brothers must, in turn, in order to be granted their father's land according to his will, he cannot help but put himself back in Sydney's company. Something she tries to avoid as best she can but the spark between these two is painfully powerful and like magnets, they are inexplicably and unavoidably drawn to each other time and time again.

Powerful and emotional, filled with all the heartache they both have endured over the years they were apart, add to it Declan's refusal to explain the "why" of his leaving to Sydney, his refusal to leave for good, and their connection... Gah! So strong! Loved It! I cannot wait for Sean's story next. Enjoy! 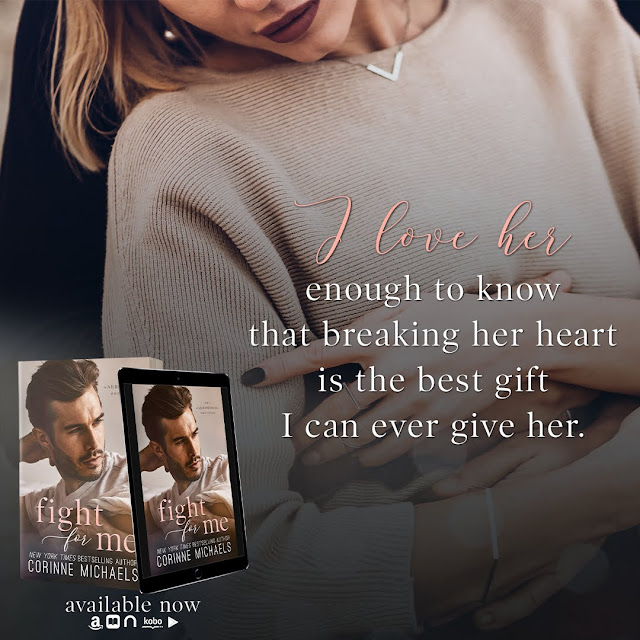 Corinne Michaels is the New York Times, USA Today, and Wall Street Journal Bestseller author. She’s an emotional, witty, sarcastic, and fun-loving mom of two beautiful children. Corinne is happily married to the man of her dreams and is a former Navy wife.

After spending months away from her husband while he was deployed, reading and writing was her escape from the loneliness. She enjoys putting her characters through intense heartbreak and finding a way to heal them through their struggles. Her stories are chock full of emotion, humor, and unrelenting love.

To sign up for monthly text alerts: Text CMBOOKS TO 77948
*US only due to carrier restrictions*